Last year I wrote a piece for VICE called I Punched My Boss In The Face. Despite the milquetoast political perspective (who am I kidding -- because of it), this bad boy has made its way around the Net more than anything else I've ever written.

The piece hopped the pond to VICE UK, before making it into Portugese, (joining in that language my "Beauty and a Beat" review, which I learned just now via an Internet search) and finally the almighty Deutsch. 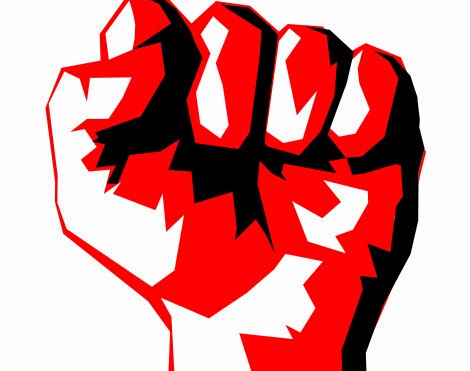 OK, this was very clever.

I found this hilarious Reddit thread in which a bunch of teenage anarchists debate whether I could really be down for the struggle as a VICE employee. A lot of folks there and on other message boards expressed doubt in the truth of the story, which just tells me they have never worked in commercial trucking. (This was before I swore off reading Internet comments on my writing, and out of all the nasty shit people said about me and the piece, this was the point I came the closest to hopping in and debating. Because, you know, I'm fifteen years old.)

The biggest thrill however for me came from Libcom adding it to their archive, thus cementing my act of Google-assisted employment suicide for decades to come. Since then I've heard from a few teachers about using the piece in class, for the compositional quality (aw shucks) and the political content (ehh). 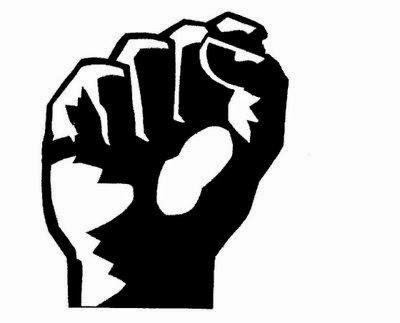 Libcom had to paint it black!

The reason I'm writing this all now is because this week I found this dope TEFL lesson plan based on the piece, containing the pressing questions: "How would you describe the author's personality?" (Been asking myself that for almost thirty years!) And what does it mean to "blast" someone? I'm only too happy to guide the novice hand into the deepest recesses of cesspool known as the English language.

Since interest persists, I may as well mention that the story told in this piece, while completely true (did I mention that already?), is the basis for a chapter of my new book It's A Tough Economy!, alongside fictionalized versions of other true stories from around the same time.